The Mercy to the Universe Short Film Competition organized for the second time by the Siyer Foundation was met with great enthusiasm in its 2nd year. Since the year 1437 according to the Hegira calendar was announced as the Year of the Qur’an by the Foundation, the theme of the competition was selected accordingly. The theme of this year’s competition was “Morals of Qur’an, Cause of Furkan”.

Participation to The Competition Doubled

A total of 103 short films determined to be in accordance with this theme participated in the competition. The Hassan Bin Sabit Cinema Academy kicked off by the Siyer Foundation las year for providing an Islamic perspective and a new horizon to the art of cinema was continued this year with the inclusion of script writing.

There were important names again among the 2nd year jury of the short film competition.

Cinema is a Means of Communication

1- A deep love
2- A strong heart
3- A unique language
4- A comprehensive fiqh
5- A philosophy that rests against our civilization.

In addition, Muhammed Emin Yıldırım stated that the competition has no losers after which he completed his words as such, “All competitors in such a grand organization have won”.

President of the Jury, scriptwriter and director Derviş Zaim who participated in the Gala and award ceremony stated that he is very happy to be part of such a night and organization. He indicated that there is participation in different genres such as documentary, films and animation adding that there may be even better films in the coming years.

All jury members were present during the gala and award ceremony. Prof. Dr. Ümit Meriç, Cihan Aktaş, Nurten Sancak, Gökhan Yorgancıgil, Gökdemir İhsan, Bülent Ata and Mehmet Kaman were presented their plaques for their contributions to the competition by Jury President Derviş Zaim.

The Sponsor Special Award was given to the short film directed by Seda Kaya entitled “Bir Senaryo Yaratmak”. Seda Kaya received her award from Nurten Sancak.

Jury President Derviş Zaim presented the award to Şenol Çöm who was selected for the Jury Special Award with the film entitled “Gün Batarken”.

The short film, “Adem Başaran”, directed by Orhan İnce received the honorable mention award. İnce received his award from researcher, author Prof. Dr. İskender Pala. After stating that he is congratulating all participants, Prof. Dr. İskender Pala emphasized that the awards received by the winners are feeble in comparison with the awards they will receive in the after-life which will be presented to them on silver plates. Pala stated that this competition should continue with increasing scope indicating that the only solution to the pains that humanity is undergoing in this day and age is to learn the life of our Master Prophet (pbuh) very well.

The guest of honor of the 2nd competition was poet, author, actor Hasan Nail Canat. His spouse Ms. Sevim Canat participated in the ceremony on behalf of the Late Hasan Nail Canat and thanked everyone. A plaque in commemoration of that night was presented to Canat by Prof. Dr. Ümit Meriç and the late Nail Canat who passed away in 2004 was thus commemorated.

Our Leader is the Prophet Mohammad

A plaque of acknowledgement was presented to Es Medya Manager Ethem Sancak since Es Medya was the sole sponsor of the program. Ethem Sancak received his plaque from Siyer Foundation President Mehmet Kaya after which he greeted the guests and started his speech. Ethem Sancak indicated in his speech that our Prophet was the sound and applier of Qur’an with orders from our Creator in a time when humanity was heedless and perverse thereby leading the birth of a large civilization adding that, “He is our eternal leader”.

The Young Generation Should Get to Know Prophet Mohammad

Sancak indicated that the Master Prophet could accomplish this only by way of the miracle of Qur’an and continued as such: “Historians say that Islam was spread not by sword but by knowledge and sense. In this day and age when all established recipes from socialism to liberalism have failed, we are living heedlessly and blindly. Thus, we have to understand Qur’an that is once again speaking to the people.” Sancak emphasized that cinema is the best means of expression and added, “We have to use cinema, carry the Prophet Mohammad to the farthest reaches of humanity, we should talk about and explain Him”. Sancak stated he is of the belief that all people on this earth and especially the young people will absolutely obey Him if they come across the Prophet’s life and discourse thus becoming one of his soldiers after which he added that the only way to accomplish this is through explaining Him, that cinema is one of the most important forms of expression and said, “That is why, we must use cinema”.

The awards given to films that received a ranking were as such: First Place Award 15 thousand, Second Place Award 10 thousand, Third Place Award 5 thousand, Honorable Mansion Award 3 thousand and Jury Special Award 2 thousand Turkish Liras. The awarded films were screened during the Gala and Award Ceremony after the presentation of the awards. 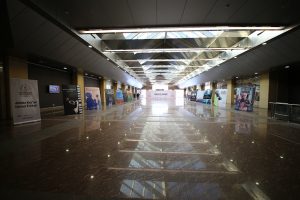 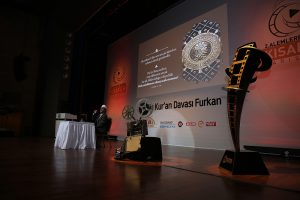 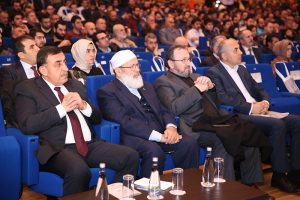 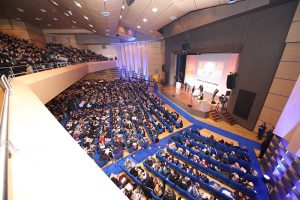 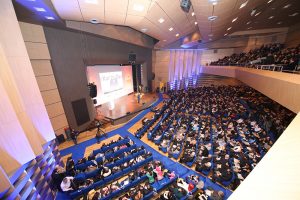 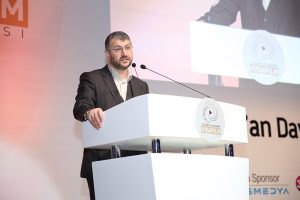 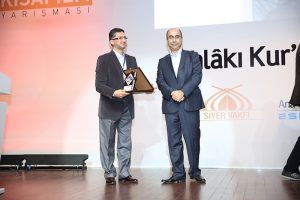 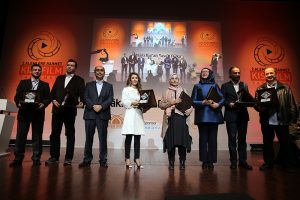 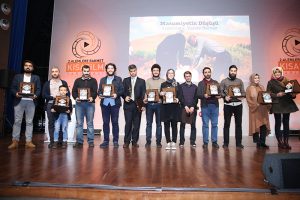