Awards Have Found Their Owners

News
Award ceremony for the 3rd Mercy to the Universe International Short Film Competition organized by the Siyer Foundation took place at the Haliç Congress Center.

Third of the Mercy to the Universe International Short Film Competition organized by the Siyer Foundation established in 2010 and striving to ensure that our Master Prophet (pbuh) sent as a “Mercy to the Universe” is recognized and understood better all over the world took place at the Haliç Congress Center.

The program that started with the Qur’an chant by the Fatih Mosque Imam Bünyamin Topçuoğlu was presented by Bekir Develi.

Siyer Foundation President Mehmet Kaya provided information related with the works carried out as a foundation during his speech. Kaya mentioned the objective and goals of the Mercy to the Universe International Short Film Competition after which he added:

“I would like to attract your attention to these points regarding the Mercy to the Universe Short Film Competition:
We started on this path fully aware that we have to use a language that suits the day and age we live in to tell of our Prophet (pbuh) and His unique morals to the people and that cinema is one of the most important tools for doing so.”

Afterwards, the film entitled “Ticket” was screened which is a work by the Hassan b. Sabit Cinema Academy.

The movie by the Kirgiz director Kasiet Djholdoshbekova entitled “Loneliness” was awarded the first prize as a movie based on the fundamental feeling for making the world a better place; benevolence and compassion with very emotional and effective visuals thereby touching the viewers’ hearts. Djholdoshbekova received the prize from Muhammed Emin Yıldırımi founder of the Siyer Foundation.

2nd place award for the film entitled “This is Life”

Ufuk Bayraktar was invited to the stage to present the 3rd place prize of the competition. The awarded short film was entitled “Heny” by the director Mehmet Nişancı.

Following the screening of the film, Siyer Foundation founder Muhammed Emin Yıldırım was invited to make his welcoming speech.

He mentioned these during his speech:

If you ask whether what we have been doing for the past 3 years suffices or not, we would respond and say of course it is not, we are just beginning. Cinema is a very difficult field. But if the religious community needs a mad man, then we accepted to be that mad man.

If it will be possible to spread out the name of our Prophet (pbuh) from geographies to geographies and from nations to nations, then we accepted this madness.

Actions have seasons just like climates do. This religious community has been saying many things for 250 years, but does not reflect the messages of Islam. Someone should work to do justice to the flag of Islam. There should be people who do justice to Islam in cinema, as well as in literature, science and other fields.”

Minister of Culture and Tourism Nabi Avcı Also Participated in The Ceremony.

Jury president Hocakulu Narlıyev was invited onto the stage to make his welcoming speech in the name of the jury. After his speech, Narlıyev was provided a plaque by İhsan Kabil. 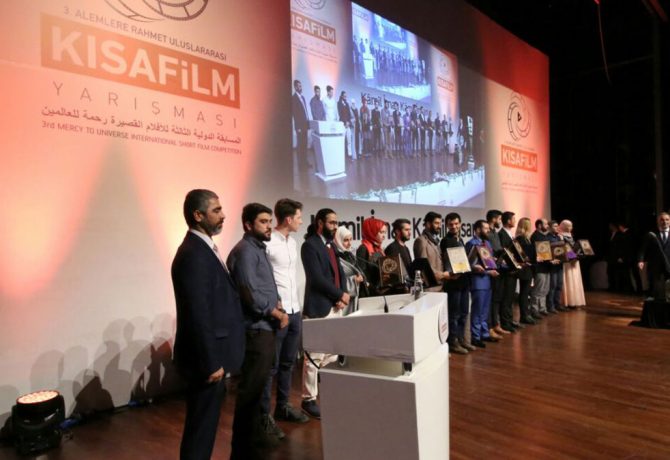 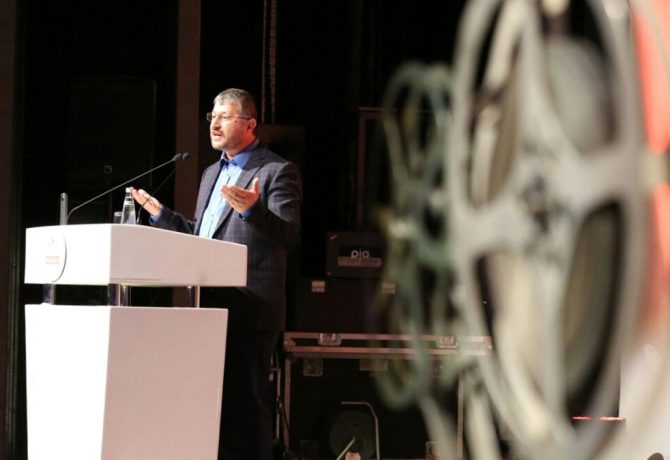