Following the Qur’an chant at the opening, a short film was shown depicting the experiences of the past 3 years.

A detailed presentation was made on the 4th Year of the Mercy to the Universe International Short Film Competition during our launch that took place with the participation of artists, businessmen and politicians. Istanbul Parliament Member Halis Dalkılıç, Istanbul Parliament Member Mehmet Ali Pulcu, Adıyaman Ex-Parliament Member Mahmut Göksu, the jury and advisory committee participated in the program together with the press which kicked off with the opening speech by Mehmet Kaya, Foundation President who provided information on the works carried out by our Foundation. Kaya also told the story of the three years of this short film competition providing information on our current state.

Following the opening speeches during the launch of the 4th year of our short film competition organized in order to ensure that those who have took it on as a task to pass on the message of our Master Prophet (pbuh) and reach anyone who is a candidate to get to know our Master Prophet (pbuh), competition general coordinator Mehmet Kaman provided detailed information on the 4th year.

In addition, the jury members also thanked the Siyer Foundation for organizing the Mercy to the Universe International Short Film Competition and made a speech of acknowledgment.

Ali Osman Emirosmanoğlu, one of the members of our main jury, stated that the inclusion of an animation category is a step to be appreciated, while Bahadır Yenişehirlioğlu who is also a member of the main jury made a specch. He started his speech by saying, “I thank the Siyer Foundation for starting such a project, making it last and carrying out the organization in a creative and superior manner,” after which he continued as such:

“We know that all paths which do not reach Him (pbuh) are dead ends. And we know that it is through Him (pbuh) that all roads leading to the owner of the universe pass. We are also aware that it is not possible to reach the truth without starting on that path. We know that we cannot reach the real light without struggling on that path. We also know that all the struggle on this earth is only to block that path. Global exploiters and global exploitation game makers attack seriously by way of visual arts in order to destroy our youth, our culture, our archaic values. It is sad that the public which calls itself Muslim or right wing have realized this too late. What you call Hollywood first changes and disrupts the infrastructure of the minds in order to establish its own hegemony,” thereby emphasizing the importance of cinema.

Afterwards, jury member Şafak Takvul, makers of one of the first animations in Turkey took to the stage. Tavkul emphasized in his speech that cinema is the most dangerous weapon if not used properly. He indicated that especially animations may enter the homes of families without any question and that parents let their children watch them without any fear, adding that animations may become significant weapons when prepared for such adverse purposes while also indicating what the Tom and Jerry characters represent and what takes place in the background. Thus, he reminded us that we should not let go animations without taking into consideration the damage they may impose on our subconsciousness. In addition, he also stated that high production films are shot for just a single sentence and that the sentence in question is placed inside the subconscious of all viewers.

Taha Feyizli made a speech in the name of the advisory board saying, “I am proud and happy to be a part of this team. I am proud of being anywhere that the name of our Master Prophet (pbuh) is heard. May Allah help us to reconstruct our civilization and to serve this purpose. The reconstruction of the dynamics of the Islamic civilization and of the Golden Age is very important and cinema as the seventh seal is also of great importance. This seal should find itself a place in all hearts. Since we are late, we should close the gap rapidly and produce more works of art and films that will tell of the philosophy, ideals, life and voyage of our Master Prophet (pbuh) to all the world,” and added that it is very important to produce works in this field. 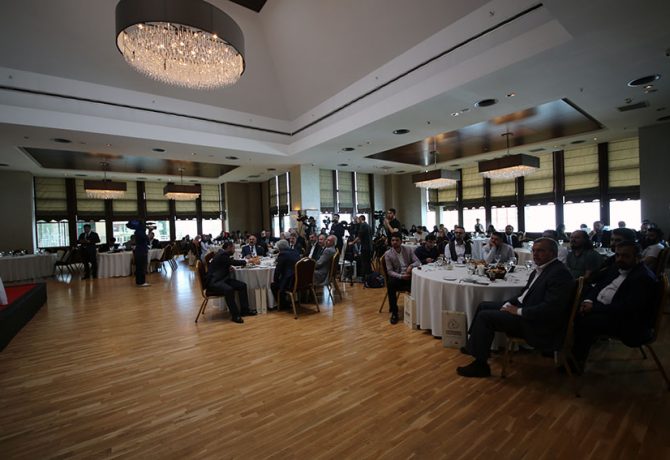 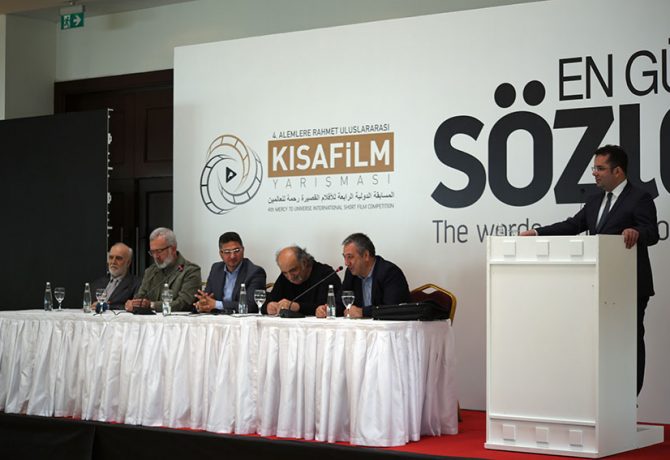 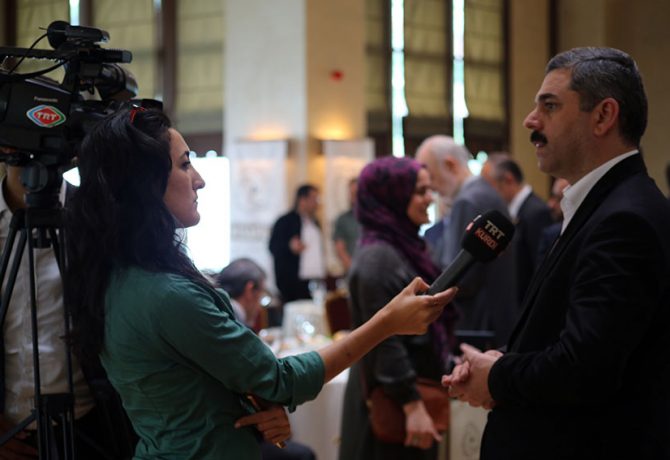 Applications to the 4th Mercy to the Universe International Short Film Competition have now started as of today (12th of May 2017).

Script category was added to this year’s competition with the theme of “Words of the Most Beautiful” in which works of fiction and animation will be evaluated in two separate categories, while the scripts will be evaluated in a single category. Applications will be made online and the deadline for scripts is 31st of December 2017 and the deadlines for short film and animation are 31st of December. Gala and award ceremony will take place on the 18th of February 2018 during which a total prize money of 100.000TL will be distributed.

Awards Have Found Their Owners
Registrations to Cinema Academy of Hassan b. Sabit Started